Forrest Martin has more than a strange name (for my understanding of names, at least) to him. He is the mastermind behind Death magazine – a publication for existential hipsters, art enthusiasts and other culture obsessed homos. Forrest approached me earlier this year and sent me a couple of magazines over to Berlin. I was impressed and immediately wanted to talk to him why he embraced print for channeling his obsessions and ideas.

Death mag in a single sentence:
Death: a magazine for the enthusiast and non-enthusiast alike is an existential hipster art and writing journal about the facts and fictions of being alive.

Why did you start to publish Death?
Most of all, I started it in order to learn about the magazine industry, to have something to do when I felt restless, and as an excuse to reach out to people who’s work I admire. The seed of the idea started with my friend Nathan Cearley eight years ago, and everything came together in 2009.

In part, I also started it as a means to evolve my perception of something I used to over-fixate on. I like to say this magazine is rebranding death (I work in advertising—ta da!). I’m not interested in creating something macabre and graveyard-y. Death is more versatile and wondrous to me than that.

The concept of death is the biggest mystery of being alive, so this becomes a project about life; and speaking of death is very revealing of our own lives. For instance, I obsessed about dying as a kid, which colors the entire recollection of my childhood and instilled the lifelong habit of trying to control the world through worry. It took a perfect storm in the early eighties—being an agnostic raised by a hypochondriac, gay shame, and family disintegration at the exact moment that AIDS became the primary topic on the news—for me to become irrationally convinced I was HIV-positive well into high school. That preoccupation seemed like the main theme of my youth, though it’s clearly been distorted by grainy memory and the specific navel-gazing stories I’ve chosen to focus on. And that was a large slice of my experience: lonely, prone to anxiety, and lucidly aware of my fleetingness (which ironically made me come across as an optimist to the adults in my life). I eventually created a constellation of other diseases to keep me company along the way, including a brain tumor, heart disease and breast cancer that grew to the size of a marble from constantly probing the area with my fingertips. I got the idea from Joan Rivers, who barked out the prime-time commercial warning, “Next Joan Rivers: men can get breast cancer, too!”

The best part of working on a print product?
Physically, it’s watching the issues grow together as a volume, and seeing their spines line up on a shelf. Experientially, it’s the new avenues it opens; when strangers send me unsolicited work and links, when I see or read inspiring work that may not have existed without this forum, when eeriness ensues.

An example of that took place while developing the sex issue. I’d been put in touch with the artist Stephen Irwin though his close friend and rep, Benjamin Tischer. Irwin has made hundreds of provocatively haunting images over his career using vintage porn which fit perfectly with the theme. He and I exchanged a few benevolent emails and he ultimately answered seven questions slated to precede a spread of his past and present work. The stuff he sent was really quite beautiful. Just two weeks later, Benjamin wrote to tell me that Stephen had just died of a heart attack. It was a chilling moment and somehow enlivening as well. I know that sounds crass, but I say it because the magazine at times becomes abstract and administrative, and this experience shat on my face, mid-assembly. For me, Death magazine is about remembering how real and temporal our lives are and savoring what we get, even if it looks like being irritated at work or feeling poor. Stephen’s passing completely underscored the wild-west lawlessness of dying, and the supreme realness of it. I was stunned and yet I’d never met him in person. I was especially heartened by Tischer’s response; he was insistent that the interview and images still be published in light of this development. Someone else might have asked me to wait or refrain, but Benjamin was close with Stephen and they are both artists.

What makes Death distinguishable from the other queer press?
Well, the fact that it’s not queer identified. It’s perfectly queer, but it’s not “particularly” queer, if that makes sense. While putting together the sex issue I became concerned that it was going to mainly translate as a gay niche thing because of all the same-sex content, when it was simply a circumstantial product of the people I happen to know and admire. Strangely, most of the straight submissions (of which there were a decent amount) were ambiguous enough as to not allude to an orientation. Ultimately, I liked discovering that it can be heavy on gay content and still be universal. Death (lowercase “death”; the phenomenon) isn’t gay, but it’s certainly not straight, either.

What can’t you live without as a print (producer?)
The printer in my office. I see things one way on the monitor, but having proofs in my hand makes a huge, huge of difference in making design decisions.

What newspapers or magazines have you subscribed to?
The New Yorker, Paper, The Sun and Butt. Each of those has influenced Death a great deal. As a kid I’d subscribed to Cricket Magazine and Dog Fancy, and written Cricket’s “Marty the inchworm” a question about why he liked pizza. I think I had a crush on him? It was the first thing I ever had published.

What projects have you planned in the near future?
One project is to rent a house in Palm Springs with my boyfriend, who’s a gifted artist. He is also a desert animal. Another project is to helm a super secret (as of yet) blogazine.

3 things I can find in your bag?
A leather exercise strap, omeprazole and orange shorts. 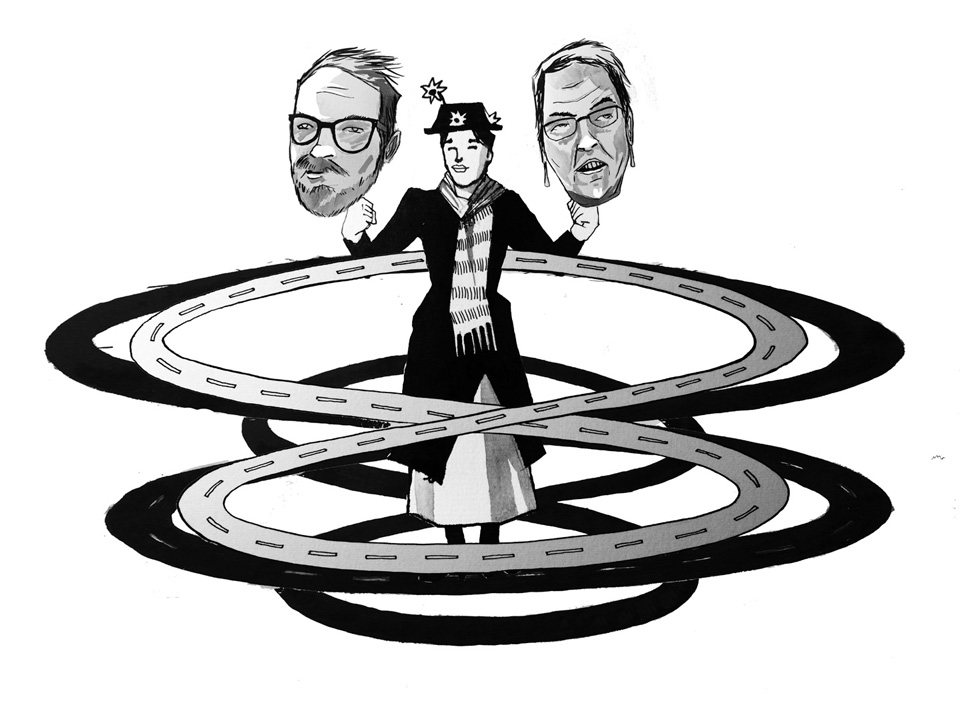 9 years ago under Printed Matters by Marcus Leave a Comment 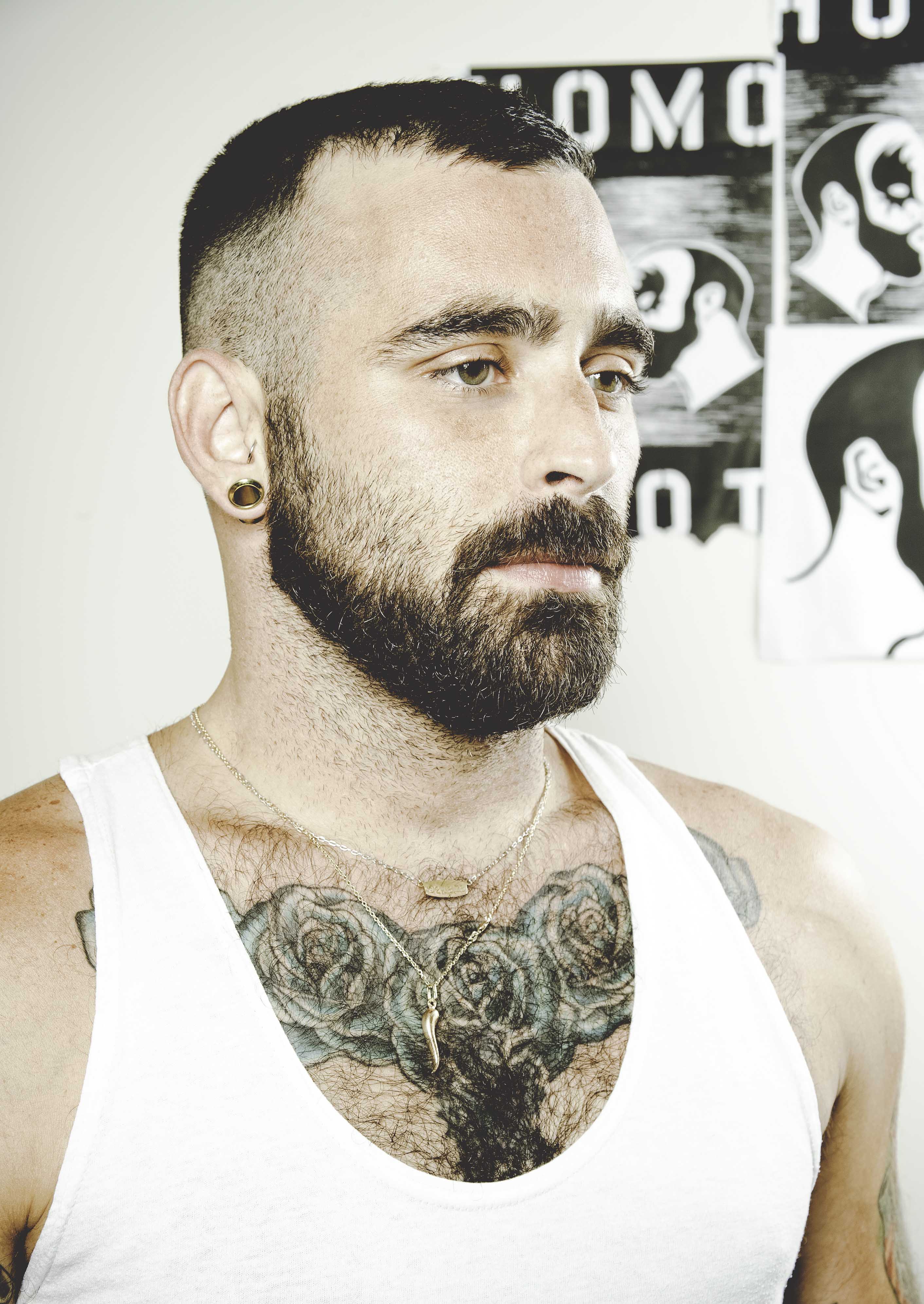